When you have a beautiful aquarium with shrimp, you know they are doing well for a while but you don’t see any little shrimp you might start to wonder: Why are my shrimp not breeding? There can be many reasons your shrimp are not breeding. In this article, we will discuss the 11 most common issues that prevent your shrimp tank from becoming a thriving shrimp colony.

#1: Are You Using The Right Foods To Breed?

Size and nutritional value are the two characteristics of a good shrimp food. The nutritional value of a food is so important that many breeders will actually prefer to create their own “super pellets”. They make their food from various ingredients but the main ingredient is usually some kind of vegetable. Shrimp food should be cooked, or at least heat processed to increase the digestibility of vegetables.

When choosing shrimp foods, make sure they have all the essential amino acids, vitamins, and minerals your shrimp need to grow big and strong.

#2: Do You Have The Right Freshwater Shrimp Species For Breeding?

It is also possible that your shrimp are not a good species for breeding in your tank. Not all shrimp can breed in freshwater. It is possible the shrimp you have simply can’t breed in freshwater. Amano shrimp and some species of ghost shrimp give birth to larvae or shrimplets that need brackish water or even salt water to survive where the adults need freshwater to live. Fan shrimp, bamboo shrimp, wood shrimp, vampire shrimp are all examples of freshwater shrimp that need saltwater for the larvae.

#3: You Don’t Have Enough Shrimp In Your Aquarium

A starting shrimp colony should have at least 10 shrimp to start within a small to medium size aquarium.

#4: You Have The Wrong Tank Mates In Your Shrimp Tank

When it comes to breeding shrimp, it’s important to realize that predation can be a huge problem — so much so that many keepers go through great lengths such as making predator-proof shrimp tanks. But the truth is, there are ways to protect your shrimp from predators without getting all fancy and complicated.

When breeding shrimp tankmates will almost always be a problem, with fish the rule is if it fits in their mouth it’s food! If breeding shrimp is your goal you should consider giving fish the boot and keeping just shrimp.

If your set on keeping fish with your shrimp, you can give them the best chance for successful breeding by providing enough hiding spots for your shrimplets to hide until they are big enough that they won’t get eaten. Most shrimp breeders will have dedicated shrimp breeding tanks.

#5: Your Baby Shrimp Are Hiding

It is possible your shrimp are breeding, but you don’t see the results. Your baby shrimp might be hiding.

In order to deal with the phenomenon of shrimp hiding, we must first identify the cause.

Shrimp might be hiding because they are stressed and want to protect themselves from predators. It’s possible that you have a few shrimp that are much larger than your other shrimp. In this case, the large one will intimidate any smaller shrimps and force them into hiding. Shrimp can also hide when there is a new tank mate that they don’t recognize and don’t know if it can be trusted or not.

Shrimp are excellent at hiding and this goes double for tiny baby shrimp. If before you saw a berried female shrimp that now does not have eggs anymore it is possible the baby shrimp are simply hiding and very hard to find. If this is the case it is important to let them hide and let them have enough hiding spots where they can stay till they are bigger or comfortable enough to come out of hiding by themselves.

#6: Are You Doing Too Many Water Changes?

Your aquarium shrimp might not be breeding when you do too many or too big water changes because shrimp are very sensitive to swings in water quality, and one of the most common problems is that water changes cause big swings in water chemistry. Shrimp should be fine in water that is harder than normal, and shrimp are one of the most compatible fish with live plants, but they do require that the pH not swing too much up and down.

#7: Your Shrimp Are Not Old Enough

Some species of shrimp will not breed until they are at a certain age. Most dwarf shrimp, like red cherry shrimp or crystal red shrimp, will reach maturity after about 3 months. It is often a good idea to wait at least half a year before you start questioning if your shrimp will ever breed or not. Shrimp that are too young or too old will not breed successfully.

#8: Your Shrimp Tank Does Not Have Enough Hiding Spots

Shrimp won’t reproduce if they cannot find a good place to hide. In the wild, it might be because of storms and tidal surges, or predators that they need their hiding places. In your tank, your shrimp will have the same feeling of urgency to hide when reproducing. Lots of plants and wood and rocks will provide them hiding spots. You can also get creative with hiding spots using empty food containers, filter tubes, or other items to provide cover.

For my blue velvet shrimp, I made a shrimp hide using PVC pipe and hot glue. maybe not the prettiest solution but it works.

#9: You Have The Wrong Temperature In Your Shrimp Tank.

Shrimp are cold-blooded animals and require a certain temperature to survive. The temperature range they can survive is big, but for them to start breeding you don’t want the temperature too low. The temperatures that you should have the shrimp tank at for breeding depends on which species you have but on average it should be close to room temperature. Higher temperatures can make shrimp breed and grow faster but it will shorten their lifespan.

#10: You Don’t Have The Right Water Parameters

Water parameters are the levels of nitrates, minerals, and pH levels in the aquarium. It is vital to have these levels in sync with each other otherwise your shrimp will be stressed and unhealthy. This could result in a decreased lifespan or eggs that do not hatch. 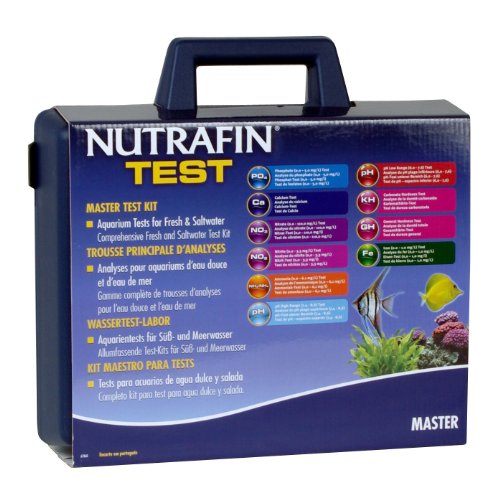 The shrimp will be able to reproduce if you have the right water parameters. There are various parameters that you can check that will tell you the water quality you have in your tank. One easy way to measure ammonia and nitrite (ammonia is the result of nitrification of ammonia that happens in your aquarium) is to use a water test kit or testing strips. Acidity should also be measured, different shrimp species need different PH. For example, Caridina shrimp need a lower PH than Neocaridina shrimp.

When culling shrimp it is important that you don’t cull on color alone, the male shrimp of some species are less colorful than the female shrimp. If you would cull all shrimp with less color, and you don’t look for the differences in gender, you could end up with only female shrimp and no males making the reproduction of your pet shrimp impossible.