Native to Asia, gouramis are a popular fish for their beauty and hardiness, and you may have noticed that they like to swim to the surface and seem to be gulping in air. Is that really what they’re doing, and if so, do gouramis need a bubbler?

Gouramis can breathe air through their mouths or their gills because they are one of around 70 species known as ‘labyrinth fish.’ These fish have a unique organ that allows them to breathe air directly when they aren’t breathing through their gills, so technically, they DON’T need a bubbler, but it’s still a good idea to have one.

We’ll tell you a little more about the labyrinth organ, how long this lets them survive outside the tank, what to do if they jump out, and more! Let’s talk about gouramis and their unique adaption for breathing air directly!

What Is a Labyrinth Organ?

The labyrinth organ is an amazing little evolutionary innovation that is why gouramis can breathe air by swimming to the tank’s surface and simply gulping it in. The organ Housed in the gill chamber consists of bony plates called ‘lamellae’ that are covered with thin membranes.

When the fish breathes in oxygen, the membrane is thin enough to allow it inside, and it is processed and deposited into the bloodstream. It’s quite a fantastic thing, but it makes sense considering where these fish live.

Sometimes they are found in stagnant ponds, large puddles, streams, or even rice paddies. Their environments are not always oxygen-rich enough to support them in stable numbers. This organ allows them to breathe and thrive in many environments, provided they are warm, wet, and low enough toxins for the fish to survive.

How Long Can Gourami Live Outside of Its Tank?

If gourami jumps out of its tank, you would think that the labyrinth organ would mean that it would be fine until you find them, but this is not the case. That’s because the membrane surrounding the labyrinth organ needs to stay moist to function correctly.

That means that a lot will depend on where your fish lands and the outside temperature of the tank. Carpet, for instance, will soak up water quickly, and the fish may only last for 5 to 10 minutes, while linoleum might buy them more time, but only if it’s not significantly warmer outside the tank.

In the wild, the fish might survive a leap out of a pond for hours if it’s raining, perhaps long enough to flop their way back into the pond. Without rain, however, the membrane of the labyrinth organ might quickly dry out, and there’s also the possibility of hungry birds or other predators spotting the fish and devouring it. 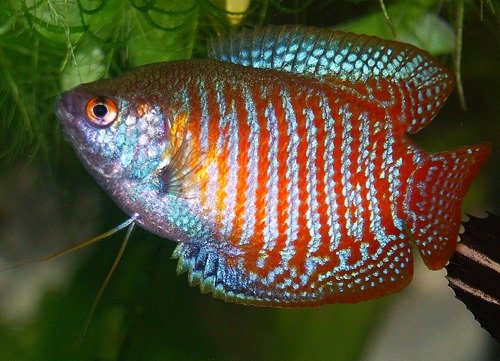 What Should I Do if My Gourami Jumps Out?

If you find your gourami outside of the tank, the first thing to do is to splash it with some water from its tank.

This will moisten the labyrinth membrane a little to help your fish to breathe, and with a bit of luck, it will wet their body enough to minimize chances of them drying to the floor in a way that ‘sticks’ them to the surface.

You’ll want to gently scoop your fish into their fishnet and deposit them into the tank, although if your fish doesn’t move, it’s a good idea to position them close to the filter or the bubbler.

This way, if the fish is still barely alive, the bubbler will push the air toward its gills, which may help them start breathing again. While there are no guarantees that this will work, this will give your fish the best chances at survival.

Just another reason why a bubbler or a filter is still a good idea – yes, your fish can breathe air directly, but a bubbler or filter ensures that they can also breathe through their gills and might save their life in an emergency!

How Do I Keep My Gourami from Jumping out Of the Tank?

If your gourami keeps jumping out of the tank, it is best to cover it. Gouramis love to jump. An aquarium cover is a good idea, even if yours are not yet trying to jump around in their tank. You can use plastic film if you can’t purchase a cover yet.

To do this, take some plastic wrap and put it over the top of the tank, poking lots of holes in it to allow oxygen inside. This will temporarily keep them from jumping out of the tank until you can obtain a proper cover.

You can also minimize jumping behavior by decorating the tank to make it more interesting. Adding plants and tiny coves for them to hide in and explore will help to reduce the chances of your fish getting bored and deciding to play by jumping out of their water.

It’s also a good idea to ensure that nothing nearby might startle them – with televisions and stereos being among the biggest culprits. The flashing lights from the TV and booming bass from a stereo can be stressful and very distracting for your gouramis and might cause them to lose sleep and to jump more.

By ensuring they are far away from these distractions, your fish will be much happier and less likely to jump in the water and risk ending up on the floor outside of the tank!

Some Final Words on Gouramis

Today we’ve answered the question, ‘do gouramis need a bubbler’ while they can technically breathe on their own, a bubbler or a filter is still an excellent idea. Gouramis have two ways to live, with one being their gills, and the other method is through using their labyrinth organ to process oxygen directly. 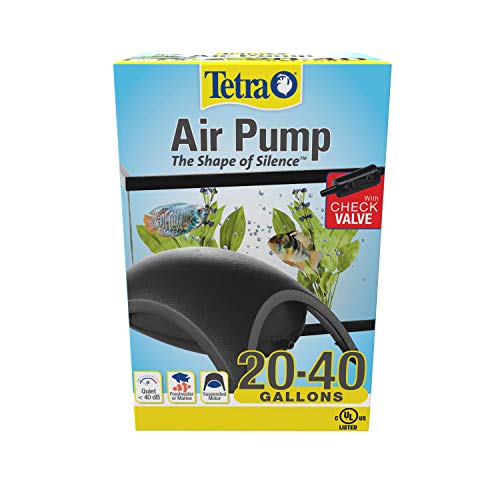 This unique evolutionary gift is why you see them swimming to the surface to gulp in the air, but you don’t want to rely on this alone to sustain them.

By ‘hedging your bets with a bubbler, filter, or an ‘airstone,’ you can help to ensure that your gourami is breathing well, and if they jump out, this extra oxygen supply might even help to save their life. After all, it never hurts to have a backup where your beautiful gouramis are concerned!

link to Betta and Cory Catfish; the Best Tank Mates or A Total Disaster

Corydoras and bettas are two popular species of freshwater fish. While they both thrive in similar climates, they have different care requirements. Bettas are territorial and sometimes aggressive,...

Continue Reading
link to How Many Snails Is Too Many in an Aquarium?

Ever wondered if there is such a thing as too many snails in an aquarium? Wonder no more. It turns out that there can indeed be too many snails, which can cause problems for both the snails and the...